I’m trying to test my app on an iPhone 3G, however I’m getting this error:

No provisioned iOS devices are available with a compatible iOS version. Connect an iOS device with a recent enough version of iOS to run your application or choose an iOS simulator as the destination.

I’m at a loss. Can anyone help?

Solved this problem by closing and re-opening xcode.

Try clicking “Use for Development” on your device in the Xcode Organizer. I got this same error and that was the only way I fixed it.

I finally found a solution to this.

If anyone else has this problem then it might be useful to know that Xcode now creates applications for ARM7 by default.

To support the iPhone 3G and other arm6 devices, you need to specify arm6 and arm7 in in the Architectures list, and set the device requirements to only arm6 in the plist.

Another observation for anyone who still has the problem after adding armv6: I found that Xcode was still listing “iOS Device” in the Scheme dropdown rather than filling in the name of my 3G. When I clicked on the dropdown, I saw that there was another slot that listed my 3G. (Presumably the “iOS Device” slot only applies to my other development device, an iPhone 4). I’m curious whether this is intended functionality, so leave a comment if you develop with multiple phones and have seen this.

I have Xcode 5.0, and try to build for my iPad with iOS 5.1.1. And I get the message: No provisioned iOS devices are available with a compatible iOS version. Connect an iOS device with a recent enough version of iOS to run your application or choose an iOS simulator as the destination.

The solution you can see in 4 step: 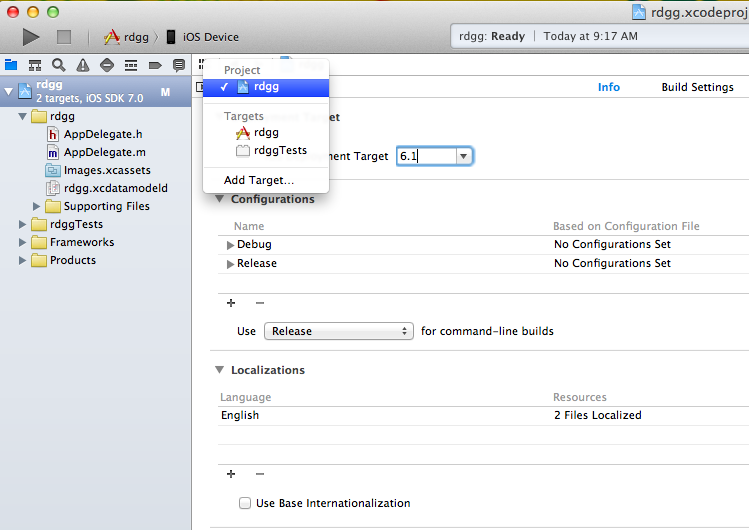 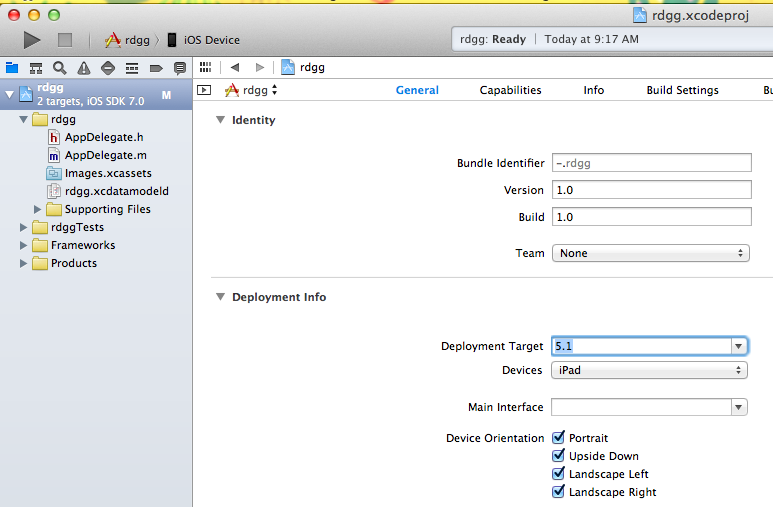 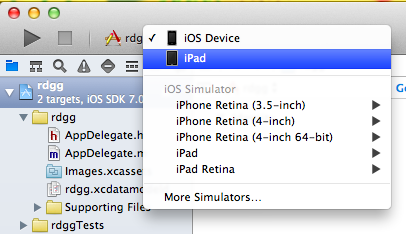 Maybe you have set the minimum required iOS to a higher version than your 3G has. Could you try to change the iOS Deployment Target in the build settings to the version of your 3G?

I develop on multiple devices and multiple generations of each device. Look at the scheme. In the case of an iOS 5 device, at least, if it does not have the specific device name, but instead shows iOS Device, then eject the device in iTunes and unplug the device. Plug it back in and try to run/install. The device name should show up and the device should have a green dot in Organizer and everyone will be happy. I believe the 3G iPhone just shows up as iOS Device, and I’m not sure about the 3GS, but an iPhone 4 or 4S will show its device name. This is what I get for trying to continue supporting old iPod Touches and 3G phones with 4.2.1. At some time I’ll just cut them off and move on.

Not sure, i understand your settings right. But, the rules are:

Hence, i guess, setting base SDK version equal or above 4.2.1 might help.

i also get this case:
when i reset iphone, plugin to xcode again, xcode dont recognized iphone in schema, iphone still have full provision
I go to Organizer window, check device again and see that my iphone dont have green light and have button that ask to use this device for development. Click on button and all work well again

When I changed my app from iPhone to Universal, automatically xCode changed the Deployment Target from 4.3 to 6.1, my device had 6.0 so it wasn’t recognized.

Changing the value back to 4.3 solved the problem.

When the first time , your new test iOS connected to you Mac, you can’t see it in the pop-up menu. only “IOS Device”
You may try From menu: Window->Organizer->Devices ; then Choose you connected iPad and click “Use for development” ; So it appears .

In Organizer, I had to copy (drag and drop) the provisioning profile from the general ‘Profiles’ section to the device’s ‘Profile’ section.

This can also happen because you’ve started to use your device on a computer that’s never used it before. Once you’ve plugged in your device via USB, you’ll need to choose to “trust” the device. You’ll see a message like the following on the device itself:

Choose “Trust” when prompted, and then XCode will be able to use the device.

“No provisioned iOS devices are available with a compatible iOS version. Connect an iOS device with a recent enough version of iOS to run your application or choose an iOS simulator as the destination.”

I had this same problem when trying to build on my device.
Then I realised I was using an aftermarket lead.
Changed the lead to the original iPhone lead and… Hey Presto!

I had a similar problem, with this error message: “No provisioned iOS devices are available with a compatible iOS version. Connect an iOS device with a recent enough version of iOS to run your application or choose an iOS simulator as the destination.”

I solved it by simply going to the “jump bar” and changing it from “iOS device” to iPad 6.0 Simulator.”

Respondent: sabbir
The answers/resolutions are collected from stackoverflow, are licensed under cc by-sa 2.5 , cc by-sa 3.0 and cc by-sa 4.0 .