Instead of the default “boxed” axis style I want to have only the left and bottom axis, i.e.:

This should be easy, but I can’t find the necessary options in the docs.

This is the suggested Matplotlib 3 solution from the official website HERE: 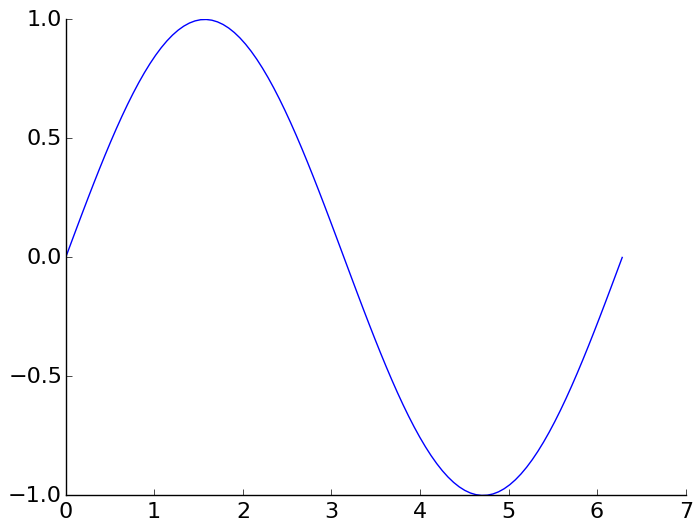 seems to achieve the same effect on an axis without losing rotated label support.

That ability was actually just added, and you need the Subversion version for it. You can see the example code here.

I am just updating to say that there’s a better example online now. Still need the Subversion version though, there hasn’t been a release with this yet.

[edit] Matplotlib 0.99.0 RC1 was just released, and includes this capability.

(This is more of an extension comment, in addition to the comprehensive answers here.)

Note that we can hide each of these three elements independently of each other:

If you need to remove it from all your plots, you can remove spines in style settings (style sheet or rcParams). E.g:

If you want to remove all spines:

Library Seaborn has this built in with function .despine().

Now create your graph. And add at the end:

If you look at some of the default parameter values of the function it removes the top and right spine and keeps the bottom and left spine:

If you don’t need ticks and such (e.g. for plotting qualitative illustrations) you could also use this quick workaround:

Make the axis invisible (e.g. with plt.gca().axison = False) and then draw them manually with plt.arrow.

Another way of doing this in a non-global way is using the matplotlib.pyplot.rc_context context manager, as follows:

In case you want to apply this on a frequent basis, you can also create a style sheet as described here and use these settings: